I Ching. Hexagram 63 is named 既濟 (jì jì), “Already Across (a beginning)”.
Other variations include “already fording”, “after completion”, “already completed” or “already done”. 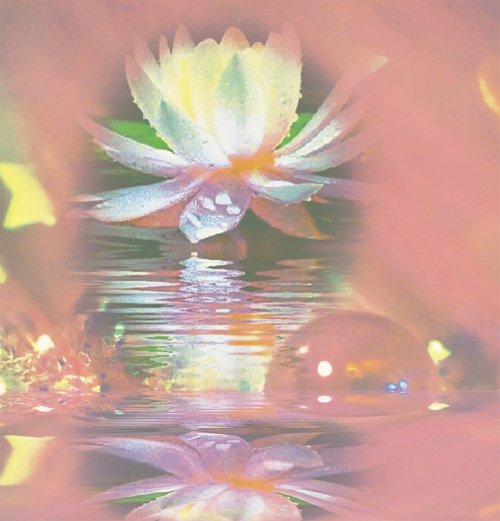 IN THE MANIFESTED REALITY.
Huge dangerous waves are walking in the vast blue ocean. It seems that life itself is a continuous series of dangerous situations and problems.
The fire inflames right in the ocean depths at its bottom. On the inner plane, the passions flare up and the solution of problems is born.
It became very light and clear in the dark depths of the ocean. This is an internal great light. It becomes clear what was previously covered in mystery.
This fiery lava burst to the surface from the bowels of the earth. The insight that comes from the deepest plane begins to change the manifested reality.
Huge water, faced with a very powerful fire, immediately is turned into clouds of steam. The dangers and problems simply evaporate from a new look at them.
Where yesterday dangerous ocean waves were walking, tomorrow powerful flames coming from the depths of the earth will rage. That world, which yesterday seemed like a succession of dangerous problems, will appear in a completely different side. Everything will become clear and understandable, thanks to a new insight. New awareness will generate very big passions.

ON SUBCONSCIOUS PLANE.
The flames of a forest fire closed the sky itself! Big emotions and passions caused by dangerous events, pushed everything else into the background.
It became light and clear as never early. The flash of insight has made everything clear and understandable.
The huge sea, locked under the ground, woke up from the raging fire. Insights and emotions awakened something huge and dangerous, hidden in the depths of the subconscious.
Groundwater rushed to the surface, extinguishing the fire. Something huge from the depths of the subconscious began to change the world, immediately quenching passions and emotions.
Where the flame of a forest fire raged, dangerous sea waves will walk tomorrow. The fire of passions will go out, and all attention will be captured by a new, huge and dangerous facet of reality.

COMMON INTERPRETATION OF THE HEXAGRAM №63

IN THE MANIFESTED REALITY. Passions flare up under the weight of problems. A very, very powerful (the fire evaporates the whole ocean) internal insight solves the accumulated dangerous problems. Everything, literally everything, will become clear and understandable. Awareness of such extraordinary power completes the whole stage of life. This is an ABSOLUTE COMPLETION (Already End). This is an absolute goal achievement with emptying (because it is absolute) and a transition to the next level.

On a subtle plane, passions and emotions are raging because of the presentiment of great danger. Grip with the situation (property of fire) increases. This leads to insight into ways to solve problems. However, this clarity will be short. From the depths of the subconscious manifests something huge and dangerous, destroying the emotions and clarity of what is happening. Obstacles and problems will be completely overcome with the help of something huge and very dangerous, which came from the depths of the subconscious. There will be no more reason for passion. It will be over. All will be resolved finally. ABSOLUTE COMPLETION comes after dangerous tests with maximum emotional stress and ends with complete clarity of what is happening at the events level, while at the subconscious level, on the contrary, comes an inexplicable feeling of great danger.

ABSOLUTE COMPLETION opens the door to the next, no less dangerous and beautiful, facets of reality. This is a transition to a new, uncharted level of the game called “Life.” This is an absolute goal achievement with the transition to the next stage of life with a completely different awareness of everything that is happening.

ABSOLUTE COMPLETION fully closes the interest in the realized goals and is accompanied by a sense of EMPTINESS.

“I feel sad that I found what I searched for, but no longer want what I found,” David Mitchell.

Look at hexagram 63. At the very bottom is a solid line, then intermittent, then a solid … This is an absolute order! This is absolute harmony! All continuous and intermittent lines of the hexagram are in their places. This arrangement indicates absolute completeness. Any movement of lines will only destroy the established order. It’s over! This is the final completion of the whole life phase with its aspirations, values, and awareness. 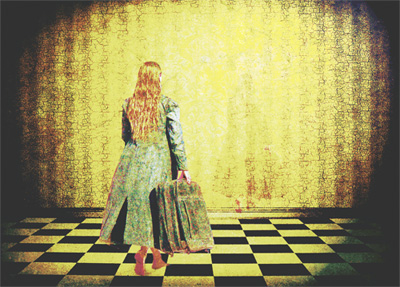 KARMACIRCLES is repeatability of similar life situations, indicating their incompleteness. ABSOLUTE COMPLETION allows to go to the next stage of life and complete the movement on the current KARMACIRCLES.

Achievement of the goal (absolute completion)

Everything you were aspiring to is no longer absorbing. Empty inside, you are open to new prospects. No one will stay the same!

Hexagram 63 corresponds to the Samadhi chakra