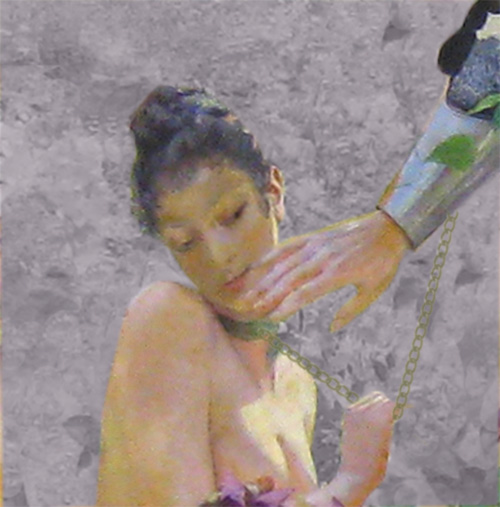 IN THE MANIFESTED REALITY.
Valuable ingots of gold sparkle from the bottom of the transparent lake.  Significant achievements already exist in life. A valuable treasure is obtained by a joyful accomplishment even now.
A small seed of a tree sprouted on the bottom of the lake. Anxiety about how not to lose what was achieved was born on the inner plane.
The tree grows quickly, like a thunder, because it grows in the water. Concern for the occasion of possible losses very quickly grows.
The tree drinks all the water from the lake and hides gold ingots under its roots. Fears are realized in real events, destroying valuable achievements.
Where earlier there was a transparent lake with gold ingots, tomorrow huge tree will grow. The fuss will destroy valuable achievements so that only reminiscence will remain of them.

ON SUBCONSCIOUS PLANE.
The green tree is waving in the wind. Life is full of different events.
Thin branches of trees rushed straight to the blue heaven, and the roots penetrated deep into the earth. Life consists of cares of strong material prosperity, attempts to make out in occurring events and intellectual searches.
Mountain begins to grow right under the tree. Mountain symbolizes authoritative opinion, some idea. This idea is not checked on facts but is taken as an unshakable truth at the subconscious level.
The tree will not withstand a strong wind at the top of the mountain and fall down. Only the huge mountain will remain. Internal confidence in the inviolability of the chosen concept supersedes all doubts and searches from the subconscious. On the subconscious for everything, there is an unshakable concept for the explanation. It kills changes, so and life itself.

COMMON INTERPRETATION OF THE HEXAGRAM №17

IN THE MANIFESTED REALITY a treasure was produced by the joyful accomplishment. It causes an arousing and inciting movement. A great achievement will be brought to naught due to the thoughtless adherence to it, due to excessive fears about its possible loss. The treasure will disappear because of vain attempts to save it. So the crowd of dogmatic admirers of great teacher brings to nothing his doctrine by violent reverence. SUBSERVIENCE.

ON SUBCONSCIOUSLY a subservience only intensifies. Tree clung to the top of the growing mountain. Mountain is a great achievement, a great authority, an unshakable concept. This is a blind, unshakable adherence to someone’s authority to the detriment of own inner teacher. The growth of the tree is contrary to its position on the top of the mountain and will end with the destruction of the tree. The SUBSERVIENCE stops growth, stops development and leads to collapse.

Thoughtless acceptance of other people’s ideas and concepts will be unfavorable. Blind following for the authority will inevitably result in a crash on all levels.

It is advisable to solve all problems independently. It is necessary to believe first of all in yourself, and only then take into account other people’s achievements, no matter how great they were.

According to the Basic principle of the multidimensional interpretation of the Book of Changes, the SUBSERVIENCE does not necessarily apply to the questioner in person. The SUBSERVIENCE is the dominant vibration of this plan. It may be all the opposite: someone can the SUBSERVIENCE the very inquirer. 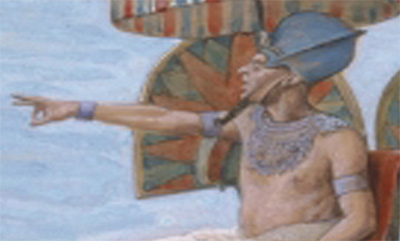 Catching hold of a mountain peak,

can a tree blossom?

Hexagram 17 corresponds to the Manipura chakra


This entry was posted in Гексаграммы Книги Перемен. Bookmark the permalink.