I Ching. Hexagram 25 is named 無妄 (wú wàng), “Without embroiling”.
Other variations include “innocence (the unexpected)”, “Innocence fosters open-heartedness”, “pestilence”. 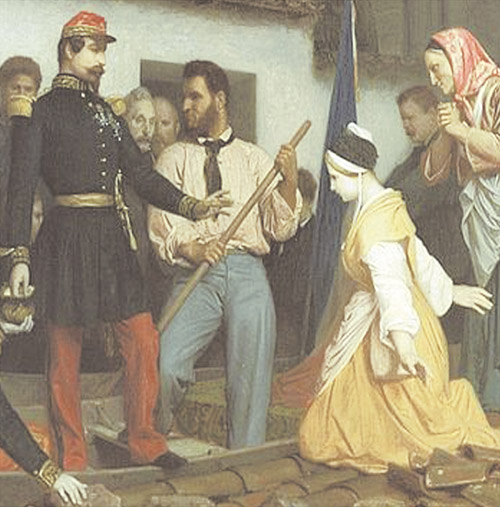 IN THE MANIFESTED REALITY.
A priceless treasure, a huge slab of gold, came to the surface from the depths of the Earth. A priceless treasure of the higher vibrations is manifested in life.
The precious treasure shines in the sun’s rays. Somebody radiates into the world wonderful higher vibrations of love and compassion right now.
A tiny seed of a tree grew under the stove in the ground. Deep inside, a seed of doubt and anxiety sprouted in the soul.
The tree starts swiftly (like a thunder) to grow, braiding the golden treasure with its roots. Doubts, alarms began to supersede Supreme vibrations to the second plan.
Where earlier gold shined, lighting all world, tomorrow huge wood will wave on the wind. Life vanity and fears will finally supersede the Supreme, the God.

ON SUBCONSCIOUS PLANE.
The roots of the tree penetrated deeply into the earth and its thin branches rushed to the blue sky. This life is provided with everything necessary and there are many spiritual aspirations in it.
Right under the wood, mountain begins to grow. Fears and worries awakened something huge inside.
The tree cannot stand and falls down from the top of the mountain. The vanity goes away, something huge, coming from the depths of the subconscious, remains.
Where recently the wind excited the huge crown of a tree, there will soon be a beautiful huge mountain. Where previously there were fears and anxieties, tomorrow there will be unshakable inner confidence.

COMMON INTERPRETATION OF THE HEXAGRAM №25

IN THE MANIFESTED REALITY. Supreme vibrations, as an invaluable treasure, fill life right now. This causes a storm of emotions and fears. This is a clash of a man with the Supreme, with God face to face. The man could not accept, accommodate the Supreme. A God is rejected by man. Emotions and fuss removed Supreme from life to the second plan.
A very kind, compassionate man, who certainly loves all things, reveals to the world the precious treasure of gold, reveals the Supreme in his own person. However, man is not given to understand God, he is not given to understand the beautiful divine game (Lila). Being limited to a mortal body and deceived by Maya (an illusory reality), a man considers divine games to be unacceptably cruel. Confidence in the inevitability of death (the mortal part of a person) and manifested divine love for everyone, naturally, cause the desire of unselfish help to all who need it. SACRIFICE itself is a beautiful diamond, a pure manifestation of the Heaven (God) in the human body. However, it is very difficult for a person to simply be in such a high vibration (the inheritance of true saints), it is difficult not to make a claim against God, it is difficult to resist self-admiration. The claim to God looks like this: “God, if you are, how could you allow such a thing!”  This is a direct dispute with the Supreme over the manifestation of love in the world. This is a direct dispute with God on the issue of what should be God.
Vibration ON SUBCONSCIOUSLY only aggravates the situation. The mountain is the established unshakable concept of our reality. The roots of the tree penetrated deeply into the earth, into the mountain. This means that a person blindly follows the established stereotyped understanding of reality. The growth of the tree at the top of the mountain is dangerous and will end with the destruction of the tree. Man, as individual consciousness, “clinging” to the generally accepted concept, will lose itself, there will be only one unshakable concept. This means an increase in the unshakable confidence of a person in his rightness.
Such unshakable vibration in subconsciousness gives no way to accept Supreme in displayed reality. Man’s manifestation of the higher divine vibrations of love and compassion is dangerous because it can easily lead to the condemnation of God. SACRIFICE.  God does not fit into the human concept of virtue and love. Man is sure that he knows exactly how God should be. But the real God is different from this image. However, a person does not change his concept, instead, he rejects God when God does not correspond to his image. The god cannot be comprehended by the human mind and it can be fully accepted only by the heart.
In this plane, one should not allow condemnation, since this is the shortest way to remove the divine vibrations from life. It is favorable to accept everything with love – this will keep the Supreme in the manifested reality. Make a decision about sacrifice not with the mind, but with the heart (intuition), while avoiding any condemnation. 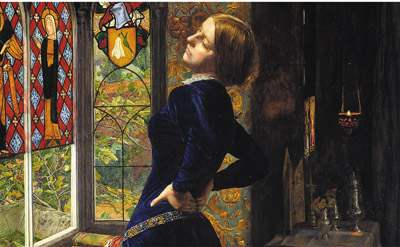 A parable by Osho Rajneesh retold by the author.

A man died and found himself in a very beautiful place. A tall stranger in snow-white robes approached him and said that the place he got in was the best place in the Universe.

The man was really surprised, as he was far from considering himself worth such a privilege.

“Here all your wishes will come true in a blink of an eye, whatever you ask for! Try its aid the stranger.”

Being a fine judge of weapons, the man imagined an antique musket with a gems-studded buttstock. Instantly, he felt it in his hand. Oh, my! It was exactly the one he had been dreaming to have! Beyond any doubt, it was the best place in the Universe!

During the next couple of weeks the man indulged himself in all the pleasures he could think of. Women, wine, travels, delicacies, and other revelries were at his disposal 24/7. He was getting tired of it and decided to find the angel. Ready at hand was the tall stranger.

“Everything is awesome and enjoyable here, but you know… Can I help anybody here or sacrifice for the sake of others?” asked the man.

“Nonsense! Who would need anything in a place where absolutely all wishes come true instantly!” was the stranger’s reply.

“Then I dislike your Paradise!” he blurted out.

“Who told you it is Paradise, it is HELL!”

Hexagram 25 corresponds to the Anahata chakra