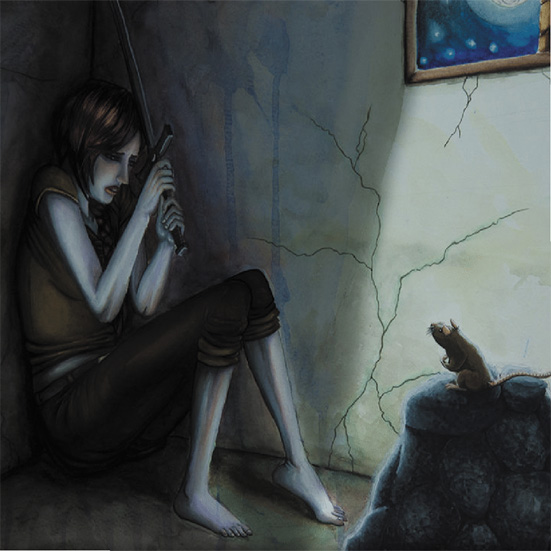 In the manifested reality: There is a wide and dangerous sea under the blue sky. Life is full of events, obstacles, dangerous problems.

Trees, feeding on water, begin quickly (like thunder) to grow right on the bottom of the sea. The solution to problems arises on the internal plane.
Trees tend to the sky, overcome the sea depths and drink all the water. Greater confidence in a successful outcome will be due to the initial dangerous situations. Problems have temporary character and will be entirely permitted in accordance with natural development (growth).
Where earlier dangerous sea waves raged, tomorrow mighty forest will rustle. Life will flourish confidently. Problems will disappear without a trace.

IN THE SUBTLE WORLD.
Mountain peak is above the clouds, striking with its power. This is a quiet, steady state.
Nothing will disturb the mountain, because the whole planet Earth serves it as a reliable support. Double harmonious earth is very strong support, guaranteeing the safety of any actions. Inside on the subconscious is very powerful support for the mother, the woman, the planet Earth (Lady Gaia). The chances of success are simply enormous with such covert support.

COMMON INTERPRETATION OF THE HEXAGRAM №3

There is obvious disharmony between the huge internal power (mountain on earth) on the subconscious plane and difficulties in the manifested world, which do not have a solid foundation. Here the person partly can be compared with growing wood. The trees gather power, scooping strength in obstacles. A person does not see and does not know about the powerful harmonious support on the subconscious plane. With such support, it would be possible to walk boldly without noticing any obstacles at all. However, human consciousness is captured by dangerous events in the external world. The lion is afraid of a worm – this picture describes the state of affairs and the alignment of forces quite accurately. And such a vibration is called WORTHLESSNESS.
It is advisable to walk boldly in life, regardless of obstacles, and then the problems will disappear like smoke.
____________________________________ 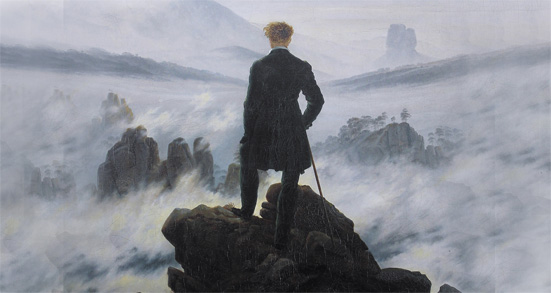 Potency inside, fear outside!
Nobody is what they seem.

What you think of yourself is exactly
what you project outside.
Worthlessness means experiencing yourself as negligible.

1. “Great indeed is the sublimity of the Creative, to which all beings owe their beginning and which permeates all heaven,” Lao Tzu.

2. “Anyone who thinks they’re important is usually just a pompous moron who can’t deal with his or her own pathetic insignificance and the fact that what they do is meaningless and inconsequential,” William Thomas.

3. “Music in the soul can be heard by the universe,” Lao Tzu.

4. “People get cranky when you burst their bubble. Over time, advances in astronomy have relentlessly reinforced the utter insignificance of Earth on a celestial scale,” Nathan Myhrvold.

5. We are all particles of God. By considering ourselves worthless, we disgrace and mortify Him.

6. The idea of human worthlessness holds true until one discovers the interconnected nature of all things and the law of the same patterns reproduced in all levels of the cosmos, from the largest scale (macrocosm or universe-level) all the way down to the smallest scale, including humans. Worthlessness, as a result of ignorance, brings about depressions and misery. The only way to overcome it is to gradually accept the principle of “inner-outer correspondence”: change your inner condition, and life on the outside will respond.

7. “Remember, man, you are dust and to dust you will return,” the phase of prayer.

8. We are all Gods, who agreed to play a wonderful, dangerous game. We are now experiencing worthlessness to detect and overcome our limitations. Worthlessness is nothing but a rule of the game.

9. Human beings are feeble, weak, and mortal, thus worthless and negligible. To accept this fact would be too challenging for the self-centered Ego that strives to crown us as the center of the Universe.

10. “For boredom speaks the language of the time, and it is to teach you the most valuable lesson of your life – the lesson of your utter insignificance,” Joseph Brodsky.

11. Compare and contrast a human being in his physical form to the whole country, the Earth and the Universe and you will inevitably see that he is negligible. Self-glorification is innate in human nature, but, objectively, a human being is nothing more than an ant at the universal level.

12. “Stop acting so small. You are the universe in ecstatic motion,” Jalal ad-Din Muhammad Rumi.

13. In a miserable person, the manifestation of love is especially valuable.

14. “Every living being is an engine geared to the wheelwork of the universe. Though seemingly affected only by its immediate surrounding, the sphere of external influence extends to an infinite distance,” Nikola Tesla.

16. “Everybody is a genius. But if you judge a fish by its ability to climb a tree, it will live its whole life believing that it is stupid, ” Albert Einstein.

17. “He that humbleth himself wishes to be exalted,” Friedrich Nietzsche.

19. “Do you know the expression “You can’t jump over your head? ” It’s a delusion. A man can do anything,” Nikola Tesla ‘That means’.

22. “Do you know the expression “You can’t jump over your head? ” It’s a delusion. A man can do anything,” Nikola Tesla ‘That means’.

Hexagram 3 corresponds to the Muladhara chakra