Hexagram 64 Merger with the Supreme

I Ching. Hexagram 64 is named 未濟 (wèi jì), “Not Yet Fording”.
Other variations include “before completion” and “not yet completed”. 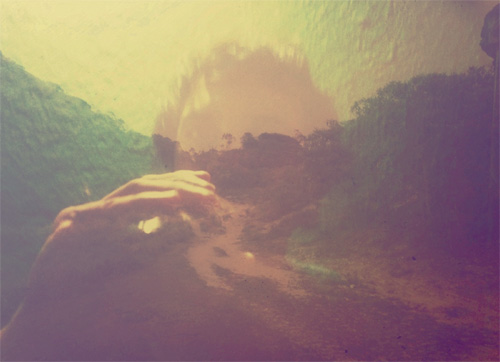 IN THE MANIFESTED REALITY.
Flame shot up to heaven. There are events that cause the maximum intensity of passions and emotions. This is a serious test concerning the main life values and priorities.
It seems that the great, boundless, blue ocean itself caught fire. But the ocean does not burn. This oil burns on the surface of the ocean. Emotions and passions are so great that they seem to fill with everything. Very big clinging (property of fire) with current events. However, all this is only on the surface and does not affect the main part of life.
At night it became light as day. Fire illuminates the skies and surface of the vast ocean. It seems that everything has become extremely clear and understandable. However, this is only superficial clarity. The unknown, enormous and dangerous facet of reality is on the inner plane in the dark.
The oil will burn. The fire will go out. The events that caused such a violent outburst of emotions will be experienced and exhausted. Passions will subside by itself.
Where yesterday the huge flames covered the skies, tomorrow dangerous ocean waves would rage. Where passions were raging before, and everything seemed clear and understandable, tomorrow everything will plunge into a new, unexplored and very dangerous facet of reality that came from the inner plane.

ON SUBCONSCIOUS PLANE.
Huge, dangerous waves walk in the vast blue ocean. A premonition of a very great danger filled the subtle world.
A fire was born right in the ocean depths. Under the weight of danger in the depths of the subconscious, a light was born, promising a solution to problems.
It became very light and clear in the dark ocean depths. The fire of inner insights makes it clear what used to be covered with darkness.
These is fiery lava burst to the surface from the bowels of the earth. The insight that comes from the depths of the subconscious becomes available for awareness.
Ocean depths, faced with a very powerful fire, immediately turned into clouds of steam. The dangers and problems just evaporate because of a new look at them.
Where yesterday dangerous ocean waves were walking, tomorrow the flames that burst from the depths of the earth will rage. That world, which yesterday seemed to be a series of dangerous problems, tomorrow, thanks to a flash of insight, will appear in a completely different light. Everything will become clear and understandable. New awareness will generate very big emotions and passions.

COMMON INTERPRETATION OF THE HEXAGRAM №64

IN THE MANIFESTED REALITY.
Emotions are raging because of the great hidden danger. Clinging increases (property of fire) with current events. Dangers strengthen the connection of the Supreme and lead to understanding ways to solve problems. The decision always comes from a higher level of consciousness. “No problem can be solved from the same level of consciousness that created it,” Albert Einstein. The flash of insight revealed the existence of other deep dimensions, Supreme Reality. All our events are just a small part (only the surface) of a hidden huge part of reality. Passions are extinguished because something absolutely amazing was revealed. Everything will be immersed in a new endless multidimensional reality. MERGER WITH THE SUPREME.

IN THE SUBTLE WORLD.
The great danger caused internal insight on how to solve problems, how to move on. What used to cause a fire of passions and emotions, tomorrow it will be insignificant in comparison with the new facet of reality, which came from the depths of the subconscious. MERGER WITH THE SUPREME.

In the manifested reality, fire over water is a destructive relationship. Hidden trigrams are the same but in the opposite position. Hexagram №64 is the most emotionally stressful plane. Here all the elements are in a destructive relationship. But they promise good luck because the interaction of the elements gives a very large release of energy. On a subconscious plane, water (the whole ocean) turns into steam. MERGER WITH THE SUPREME. 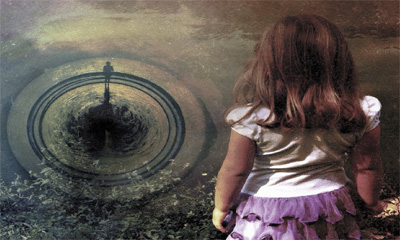 BIRTH – the separation of one’s individual consciousness from the universal one, with the aim of passing the tests and becoming stronger in love. Separate consciousness always returns to the source (MERGER WITH THE SUPREME) perhaps in order to separate again and test oneself for strength. DIVINE GAME (LILA) is the greatest incomprehensible mystery! This game is with LOVE and for LOVE!

Yogis call this state “laya”, which means the absorption of coarse individual energy by its original cosmic state. You will have to re-assemble yourself, removing all the old confusion in yourself and in your environment.

Babaji: “I send the headwind to those who have chosen the Straight Path. It is not for weak souls!”

Headwind is a tough test of who has almost reached. Where will headwind bring You?

Merger with the Supreme

Fire turns water into vapor. Where is water now?
It’s everywhere around!

Hexagram 64 corresponds to the Samadhi chakra

5 Responses to Hexagram 64 Merger with the Supreme