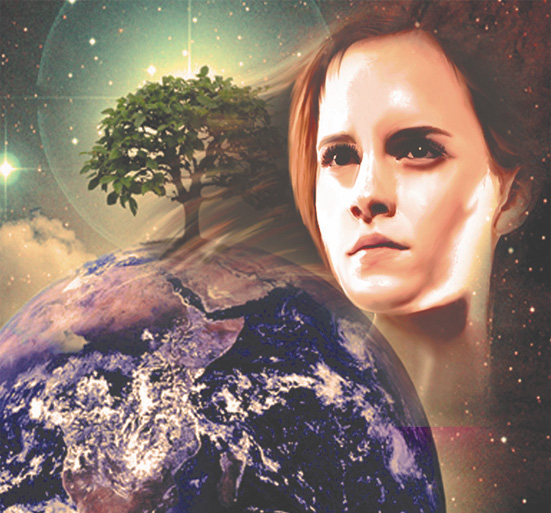 INTERPRETATION OF THE HEXAGRAM №2

The great earth (planet Earth) in the manifested world and on the subtle plane. This is very, very powerful support for the mother in the broadest sense of the word: from the real mother, the woman, and to the planet Earth on all planes of being. This is a very strong and powerful foundation, symbolizing the provision of everything necessary (the mother will protect and nourish). Maximum and purity of female vibration YIN (all hexagram lines are intermittent). The double support of female divine energy embodies the solid foundation of any endeavor. On all planes, the great Earth (as devoted, yielding and receptive) replaces the great Earth (as devoted, yielding, and receptive). Development can not go in this direction, because these vibrations are now as much as possible manifested. This is a dead-end.
Therefore, the changes will occur exactly in the opposite direction, towards strengthening creativity, initiative, power JANG. There are no male vibration JANG, they will be brought into the situation from the outside.
It is favorable to find a good area of activity and join it. A woman is favorable to find and follow a worthy man, a man to join and follow the leaders. Active following for Highest, for God, for events flow here extremely harmoniously and will surely bring a good result. 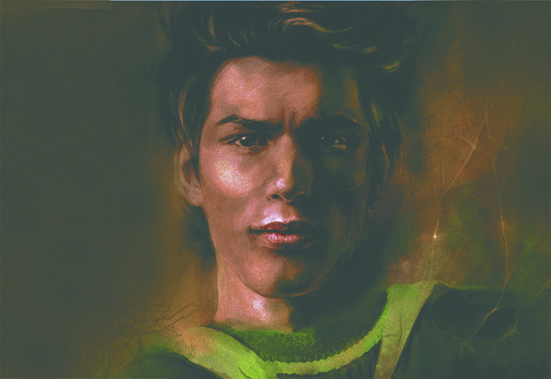 The opposite vibration is dominant! The development of the situation will go towards strengthening the power of the YANG. It always happens when a property is over-represented. It is simply impossible to realize the powerful female energy of YIN without a decent male energy YANG.
_____________________________

Devotion and going with the flow will bring
out the primal power of MotherEarth.

1. The nature of Yin is receptive, devoted, following, inspiring. Through forsaking its ambitions shines the beauty and the power of Yin. It seems far easier to follow, inspire and fulfill somebody else’s will than to create, acquire and achieve goals, but it’s not that easy. Fall into your partner’s arms without looking back and your emotions will show how strong you have to be in your trust and devotion to manifest the power of Yin in your life.

2. “He who does not trust enough, will not be trusted,” Lao Tzu.

3. “Being strong can be also feminine. I don’t think feminine equals being weak. Being strong is very sexy,” Sanaa Lathan.

5. “Feminine force is that inner strength, that power, that will to face down any negative circumstances in life and defeat them,” Georgette Mosbacher.

8. The devotion, compassion, and love of Yin are what still make the world go round. Without it, the fiery, energetic, masculine essence of Yang would have burnt and ruined the world.

9. A woman should see the way and direct toward the goal, as she is the holder of the womb of creation. The mild yielding power of Yin is a perfect tool to advance in your own direction using male power. The power and the beauty of female energy lie in the soft, gentle handling of the roaring river of male energy.

10. The only creative power in the world is Love. It’s Yin and Yang aspects are nothing but the reflection of the duality our split consciousness experiences. Being less logical, the nature of Yin is closer to the essence of Universal Love.

11. “In the world, there is nothing more submissive and weak than water. Yet for attacking that which is hard and strong nothing can surpass it,” Lao Tzu.

12. “The vanity of men, a constant insult to women, is also the ground for the implicit feminine claim of superior sensitivity and morality,” Patricia Meyer Spacks.

13. “- You are certainly right, but you are an intelligent woman, give in! Why are you arguing with him?
– It is very difficult to drown when you can swim,” Rinat Valiullin.

14. “The difference between a lady and a flower girl is not how she behaves, but how she’s treated,” George Bernard Shaw, ‘Pygmalion & My Fair Lady’.

15. “Women ask how to attract a man. The answer is very simple – learn to enjoy. The greater the pleasure you have, the more men will want to experience this feeling with you. Energetics of pleasure is the most powerful means of attracting people to yourself, ”Lin Bao.

17. “A girl should be two things: classy and fabulous,” Coco Chanel.

18. “A girl should be two things: who and what she wants,” Coco Chanel.

20. “Simplicity is the keynote of all true elegance,” Coco Chanel.

21. “It is necessary to give justice to women: they have the instinct of beauty of the soul”, Mikhail Y. Lermontov, ‘Hero of our time’.

23. “If a woman is not beautiful, then she is just stupid,” Coco Chanel.

25. “The woman, of course, is smarter. Have you ever heard of a woman who lost her head only because a man has beautiful legs? ” Faina Georgievna Ranevskaya.

27. “A wise girl kisses but doesn’t love, listens but doesn’t believe, and leaves before she is left.” Marilyn Monroe.

28.“Women love only those they do not know,” Mikhail Yuryevich Lermontov, ‘Hero of our time’.

30.“”The noblest gift of heaven to humanity is love; and woman is the embodiment of love,” Milton A. Pottenger.

31. “It is not in the shallow physical imitation of men that women will assert first their equality and later their superiority, but in the awakening of the intellect of women,” Nikola Tesla.

32. “A mature woman differs from a girl in that she accepts a lot as is … She ceases to remodel and straighten others. In a sense, she surrenders where it makes no sense to fight. She allows a man and children and other people to be whom they are. … A mature woman can transform a lot into joy and pleasure. … Not because she does not want to experience anything else, but because found enough creative powers in itself for transformation, ” Aglaya Dateshidze.

34. “There is no cruelty greater than a woman’s to a man who loves her and whom she does not love; she has no kindness then, no tolerance even, she has only an insane irritation,” W. Somerset Maugham, The Moon, and Sixpence.

36. “An intelligent woman herself knows when to be a fool,” the author is unknown.

37. “One is not born, but rather becomes, a woman,” Simone de Beauvoir.

38. “A Strong man does not need to assert himself at the expense of a woman who had the weakness to love him. He already has a place to show his strength,” Marilyn Monroe.

39. “Many women leave not because they are not satisfied with her man, but because they can no longer tolerate herself in which she has become with this man,” unknown author.

40. “If in a man in general, in the external attitude, logic and objectivity prevail or, at least, it is considered as ideal, then in a woman – feeling. But in the soul, there is the opposite attitude: the man feels inside, and the woman thinks. Therefore, it is easier for a man to fall into complete despair, while a woman is still able to comfort and hope; therefore, a man takes his own life more often than a woman, ” Carl Jung.

41. “All women are charming, and the love of men gives them beauty,” Alexander Sergeevich Pushkin.

42. “To be irreplaceable, you need to change all the time” Coco Chanel.

43. “Women die later than men, because they are always late”, – Faina Georgievna Ranevskaya.

44. “No matter how strong a woman is, she is waiting for a man stronger than herself. In order for him to give her the right to be weak, ” Erich Maria Remarque.

45. “There are so many women in the world to sleep with, and so few women to talk to,” Ernest Hemingway.

46. ​​”A woman needs the admiration of a man in order to flourish”, Frederic Beigbeder ‘Love lives for three years’.

48. “Only a man without convolutions in his brain can look for a woman without flaws,” Faina Ranevskaya.

49. “The most beautiful women are not necessarily young … but certainly happy”, Audrey Hepburn.

50. “An important quality for a woman is not to be such a stone, but to be water. Water cannot be destroyed, but water accepts everything, it envelops everything and changes…”,  Teacher Vissarion.

51. “I don’t know why women demand everything that men have. After all, women have men, among other things, ”- Coco Chanel.

52. “Restraining yourself when it hurts, and not making scenes when it hurts – that’s what an ideal woman is,” – Coco Chanel.

53. “We need beauty so that men love us, and stupidity so that we love men,” – Coco Chanel.

54. “A reasonable woman adds sugar to everything she says to a man, and takes salt out of everything that a man tells her,” Helen Rowland.

55. “There is no cruelty more terrible than the cruelty of a woman to a man who loves her, but whom she does not love; she no longer has any kindness or tolerance, only insane irritation,” Somerset Maugham ‘Luna and a Penny’.

Hexagram 2 corresponds to the Muladhara chakra