I Ching. Hexagram 20 is named 觀 (guān), “Viewing”.
Other variations include “Contemplation”, “Observation”, “Meditation and reflection”, “Looking up”.

IN THE MANIFESTED REALITY.  The green tree is waving in the wind. Life is full of different events.
Thin branches of trees rushed straight to the blue heaven, and the roots penetrated deep into the earth. Thin branches of him approached the light, to the sun. Life consists of cares of strong material prosperity, attempts to make out in occurring events, and intellectual searches.
The tree leaves transforming to earth. Striving for the Supreme in a natural way leads to the loss of worldly interests and the manifestation of eternity even in this life.
Where was earlier blossomed tree, tomorrow infinite plain will be. The comprehension of unity with all that exists will completely supersede all excitements and emotions about individual life.

IN THE SUBTLE WORLD vibration is similar which doubles the strength of what is happening.
A beautiful mountain is located on the boundless plain. Mountain symbolizes individuality, a difference from another world.
Time goes the mountain collapses. The plain comes, absorbs mountain. Mountain will leave (as a separate entity) and merge with its environment: the vast plain. Eventually, comprehension of general unity comes, any individual distinctions are destroyed.
Only a powerful and endless plain will remain, as firm support and foundation for everything. It is a great transformation merge with all Universe. A huge general entirely absorbs a small individual.

COMMON INTERPRETATION OF THE HEXAGRAM №20

IN THE MANIFESTED REALITY. The vanity and wind of passions will subside when something extremely huge, something very powerful will manifest itself from the depths. The individual life is absorbing Universal life. It is COMPREHENDING THE MYSTERIES of the manifested world.

ON SUBCONSCIOUS PLANE. Here the situation is much the same. Individual consciousness is entirely absorbed by general space consciousness. Individual emotions entirely disappear. Duality disappears: there is no right or wrong, there is no white or black, there is no good or evil. What then remains? What is an infinite plane, as a single foundation and support of all that exists? It is UNSOLVED SECRET! Such vibration at all levels is called COMPREHENDING THE MYSTERIES.

It is unfavorable to pay attention to the manifestations of the external world, to the fuss. Favorably focus on the inner world and enable the Universe to manifest itself in your mind.

Multidimensionality (opposite vibration)
HUSTLE AND BUSTLE 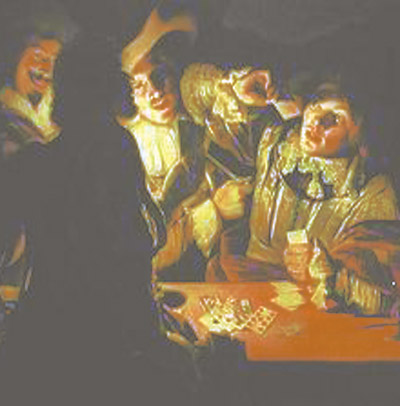 The Earth provides support, empowers and reveals its mysteries.