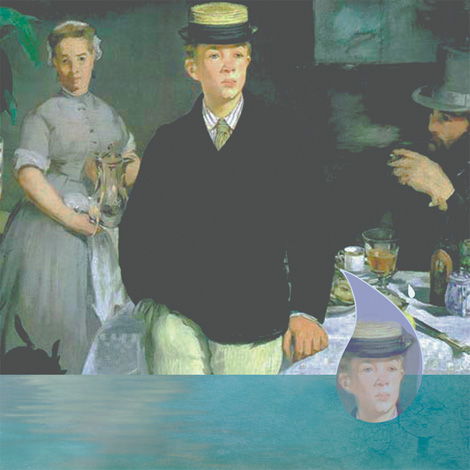 IN THE MANIFESTED REALITY.
The wind caresses the lush green crown. Individual life is full of various events.
Tree roots penetrated deeply to earth. Thin branches of tree approached to the light, to the sun. Wood symbolizes properties of individual consciousness: care of material supplying and refined intellectual searches.
A huge golden plate starts to come out from under the ground to the surface right under the wood. Something huge, something extremely valuable begins to emerge from the inner plane.
Wood perishes without the soil and support. Individual consciousness, deprived of its foundation, is destroyed by an invaluable treasure, manifested from the internal plane.
Where before the wind caressed the green crown of a tree, tomorrow a huge golden plate will shine in the sun. There will be radical changes that will help to realize the manifested reality in different ways. Individual consciousness will lose its isolation from the rest of the world when the inner plane reveals something huge, priceless.

ON SUBCONSCIOUS PLANE.
The forest burns. The huge flame blazes. External events cause a real storm of emotions and passions.
Everything became visible at night, as in the day. The secrets will become clear.
Fire wakes up the underground lake. The large emotions caused the solution of problems from the inner plane of the subconscious.
Groundwater flowed to the surface damping fire flame. The internal force, being manifested outside, will immediately solve the problems.
Stormy streams of water will take out gold ingots to the surface. Getting the ability to solve problems by turning to internal strength.
Where has recently burned fire, valuable gold ingots will shine to sun tomorrow. Those events that caused a storm of passion and emotion yesterday will be considered tomorrow as a gift that has shown a valuable treasure inside itself.

COMMON INTERPRETATION OF THE HEXAGRAM №9

In the manifested reality.  Metal (heaven, creativity) conflicts with what is now around (outside) it and destroys its environment. Metal displaces the tree. The inner divine enters into the manifested world and destroys the life that has developed there. In the subtle world, the situation is similar: water destroys its environment – fire. This is a double uncompromising conflict of an individual with all that surrounds him both on a subconscious level and in the manifested reality. This situation is commonly called EGOISM. However, from this conflict, an invaluable treasure will manifest on all plans. 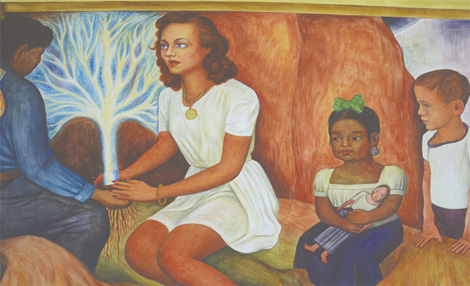 A drop of water
doesn’t acknowledge
the Ocean.
How absurd!

Hexagram 9 corresponds to the Svadhisthana chakra