BASIC LAW OF SUBTLE ENERGY EXCHANGE by A. EINSTEIN 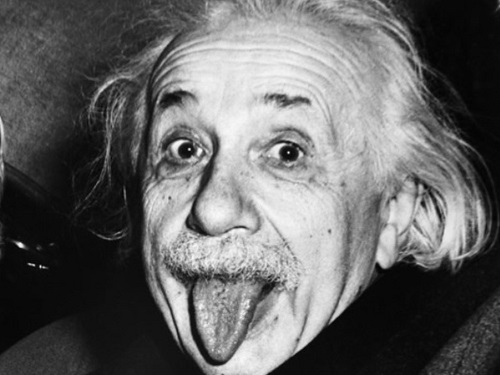 “This is physics, and the basis of physical phenomena is LOVE. There are avatars on your planet that can materialize things on their own. Do you know about this? Have you ever thought about the physical explanation of such phenomena? This is SCIENCE. You just have not come to an explanation. This is Love. It may be a long time before scientists associate what they observe with their own feelings – but sooner or later it will happen. ”- Kryon, Carroll Lee, “PARTNERING WITH GOD”.

The law can be formulated with the help of simple examples. You remember yourself in a state of love in a pine forest. You love this forest, every tree of it, all the birds and animals. The simple recollection adds strength. Love immediately raises vitality and the level of your subtle energy. 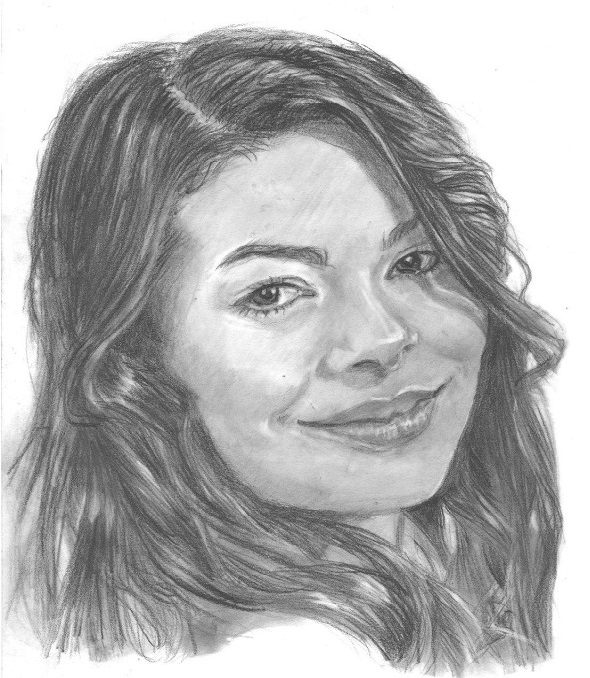 Let consider the opposite case. Remember the time when you lose your love: deception, betrayal, resentment. Such recollection instantly deprives strength and decreases the level of your subtle energy. 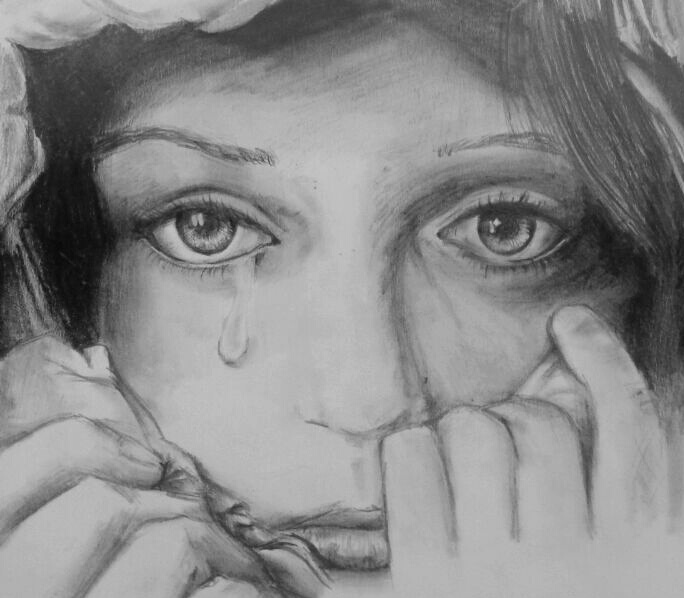 Where does subtle energy come from when a person is alone and feels love?

We are in a powerful outer field of love. This field is created by people who are in the vibrations of love. Such a field is emitted by saints, avatars, light cosmic entities. This is a field of God. We as radio tune to a specific wave and receives a signal. We are filling with subtle energy from the toes to the head when we are in pure love. We are like rechargeable batteries that can be connected to an endless source of love power.

These examples help to formulate the law. Subtle energy fills us with great power when we experience love. We want to fly and do something important. A loss of love always leads to a decrease of subtle energy and vitality.

The basic law of subtle energy exchange:
SUBTLE ENERGY IS THERE WHERE LOVE IS

Love is expressed in deep attraction, emotions of delight. This law shows a direct link between love and subtle energy. The subtle energy is the basis of life. Everybody lives and moves due to this energy. According to this law, love is the fabric of life. So, the feeling of love, the emotions of love always determine our energy and vitality.

Confucius said that life is simple, but we make it very difficult. Leonardo da Vinci believed that simplicity is an extreme degree of genius. The simplicity and brevity of the law is its strength. They confirm the closeness to the truth.

The great principle of “simplicity”, widely used in natural science, says: “In reality, the simplest version is realized.”

Albert Einstein: “Everything should be made as simple as possible, but no simpler.”

Osho Rajneesh wrote that bliss is the only criterion of life. If you do not feel bliss, then you go in the wrong direction.

All the great teachers spoke about love as the most important thing and the essence of all things. Love prevails in most spiritual knowledge and world religions. Many poems and songs are written about love. Therefore, the law of love can be called the main one.

But if love is the most important thing in our world, why is there so much evil? One would like to introduce into this world another opposite force of evil.
But many great teachers claimed: evil does not exist as independent energy and love is the only force in the world. The model where love is the main driving force is very simple. This model explains more of various phenomena than the one with the opposite force of evil. It is not necessary to complicate the picture of the world with the opposite forces. The basic law of subtle energy exchange explains, without contradiction, the strange behavior of people in various situations that is still unexplained.

Love is the only powerful force in our world!

Great sages have always talked about the great role of love in our lives.

Why is such simple law has not been formulated before?

The concept of subtle energy has appeared in natural science recently. Only now scientists have seen the connection between human consciousness and real events. In the last century, Carl Jung discovered the law of synchronicity and the influence of the observer on the behavior of microparticles. Before these discoveries, science could not formulate the law of subtle energy exchange. This law directly discovers energy management by changes in the emotional state of a person.

But what about A. Einstein, this super-genius breaking the fundamental stereotypes of the world order, space, time, and physical laws? Didn’t he also notice the connection between energy and the emotion of Love?

In the officially published works of A. Einstein, I could not find anything. But in an unofficial letter…

This is the letter, written by Einstein for his daughter Lieserl Einstein.

…” When I proposed the theory of relativity, very few understood me, and what I will reveal now to transmit to mankind will also collide with the misunderstanding and prejudice in the world.
I ask you to guard the letters as long as necessary, years, decades until society is advanced enough to accept what I will explain below.
There is an extremely powerful force that, so far, science has not found a formal explanation to. It is a force that includes and governs all others, and is even behind any phenomenon operating in the universe and has not yet been identified by us.

This universal force is LOVE.
When scientists looked for a unified theory of the universe they forgot the most powerful unseen force.

Love is Light, that enlightens those who give and receive it.
Love is gravity because it makes some people feel attracted to others.

Love is power, because it multiplies the best we have, and allows humanity not to be extinguished in their blind selfishness. Love unfolds and reveals.

For love, we live and die.
Love is God and God is Love.

This force explains everything and gives meaning to life. This is the variable that we have ignored for too long, maybe because we are afraid of love because it is the only energy in the universe that man has not learned to drive at will.

To give visibility to love, I made a simple substitution in my most famous equation.

If instead of E = mc2, we accept that the energy to heal the world can be obtained through love multiplied by the speed of light squared, we arrive at the conclusion that love is the most powerful force there is, because it has no limits.
After the failure of humanity in the use and control of the other forces of the universe that have turned against us, it is urgent that we nourish ourselves with another kind of energy…

If we want our species to survive, if we are to find meaning in life, if we want to save the world and every sentient being that inhabits it, love is the one and only answer.
Perhaps we are not yet ready to make a bomb of love, a device powerful enough to entirely destroy the hate, selfishness, and greed that devastated the planet.

However, each individual carries within him a small but powerful generator of love whose energy is waiting to be released.
When we learn to give and receive this universal energy, dear Lieserl, we will have affirmed that love conquers all, is able to transcend everything and anything, because love is the quintessence of life.

I deeply regret not having been able to express what is in my heart, which has quietly beaten for you all my life. Maybe it’s too late to apologize, but as time is relative, I need to tell you that I love you and thanks to you I have reached the ultimate answer! “.

A. Einstein not only gave the formulation of the basic law of subtle energy exchange in a broader aspect but also suggested using his famous equation E = mc2 to describe it.

A. Einstein’s Universal Formula of Love:
E = L * c2,
where E is energy, L is love, c2 is a constant equal to the speed of light squared. How is  love measured? If energy E is measured in standard units (joules), then the emotion of love L should be measured in units of mass (kilograms). 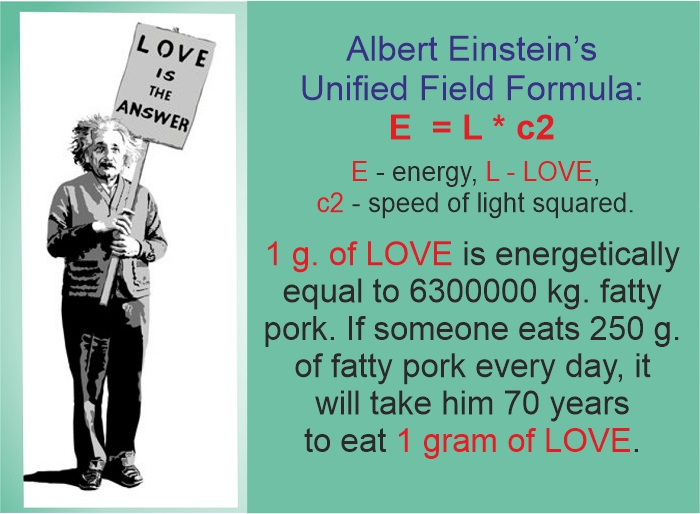 What is just one gram of love? According to my calculations, 1 gram of love is equal to the energy received by a person when eating 6300 tons of fat pork barbecue (3400 kcal per 1kg). If every day someone will eat 250 g (portion) of such barbecue, then to eat 6300 tons he will need 70 years. And this is just 1 gram of LOVE! Only 1 gram of LOVE will provide us with energy for all our life! This is the nuclear energy of LOVE, which, in the words of A. Einstein, “will entirely destroy the hate, selfishness, and greed that devastated the planet.”

Albert Einstein said “everything is energy and that’s all there is to it. Match the frequency of the reality you want, and you cannot help but get that reality. It can be no other way. This is not philosophy. This is physics.”

BASIC LAW OF SUBTLE ENERGY EXCHANGE by A. EINSTEIN:
WHERE THERE IS LOVE – THERE IS SUBTLE ENERGY
In quantitative terms: E = L * c2,
where E is energy, L is love, c2 is a constant equal to the speed of light squared.

This law is the basis of our life, it literally shapes every our act, every our statement. Comprehension of this law is a key to the harmonization of relations with the world around and people.

THE BASIC LAW OF THE SUBTLE ENERGY EXCHANGE IS
THE LAW OF PARADOXES.

According to this law, it follows that at least half of our natural reactions are destructive for our lives and they must be replaced with the opposite ones for our good.

The awareness of the “BASIC LAW OF SUBTLE ENERGY EXCHANGE” will undoubtedly increase the vibration level of Love on our planet.

This book is entirely devoted to the understanding of the role and significance of the “BASIC LAW OF SUBTLE ENERGY EXCHANGE” in a wide variety of everyday situations.