All data was taken by me from open sources on the Internet and is presented in a simplified form, as I understood them myself. I will try, without missing the point, to present the information as simply and understandably as possible for the general public. Nikolai Kozyrev, an astrophysicist, head of the Crimean Astrological Observatory in Russia, made a number of unprecedented discoveries, thanks to which, in my opinion, his name should be among the greatest geniuses of our planet such like Albert Einstein and Nikola Tesla. He experimentally investigated the universal universal field that permeates everything and instantly spreads from one point of the Universe to another. This field changes the physical properties of all material objects when it comes into contact with them. 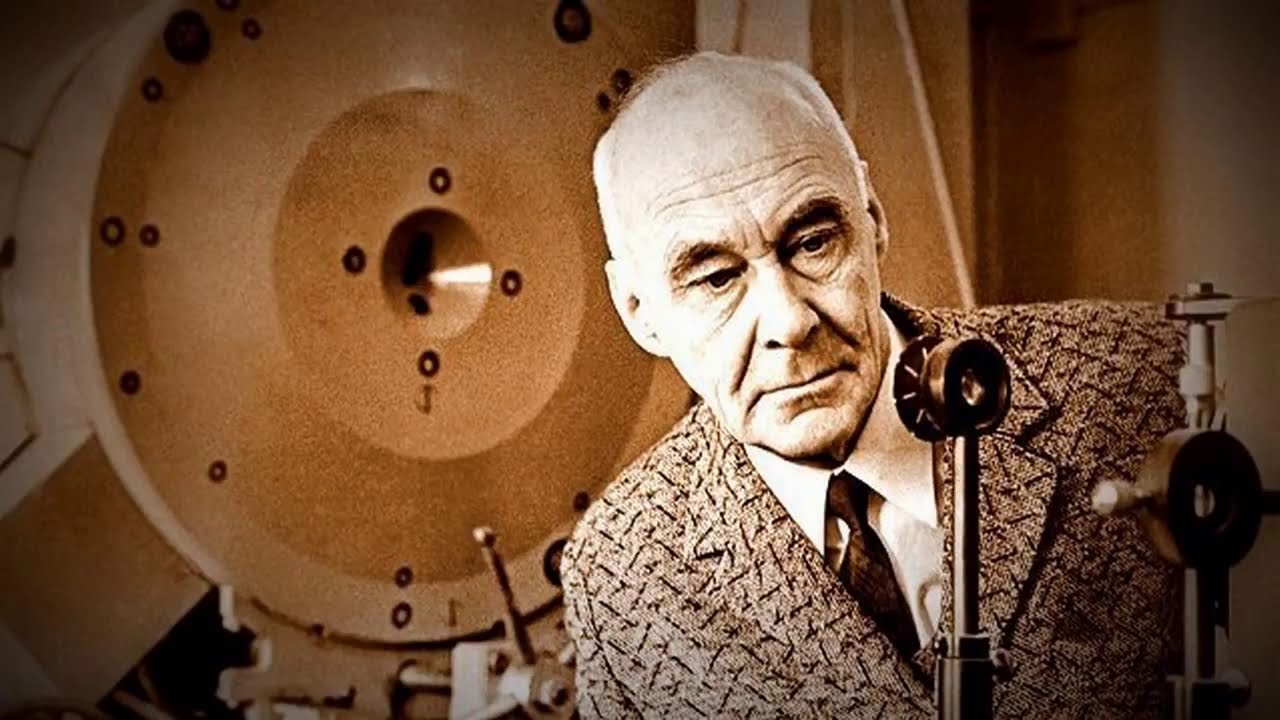 Nikolai Kozyrev experimentally investigated the quantitative and qualitative characteristics of this field and developed a mathematical apparatus that describes the new reality. He called this field the “Field of Time”. In all formulas of physics, time, like spatial coordinates, is a scalar quantity (just a number). Kozyrev drew attention to the fact that time differs from the spatial coordinates x y z in that it has a direction. Time flows from the past to the present moment, from the present moment to the future. Accordingly, all physical equations must be rewritten taking into account this fundamental property of time. The study of the laws of physics in a space where time plays a special role led N. Kozyrev to a whole series of remarkable discoveries.

So in his doctoral dissertation, N. Kozyrev answered the fundamental question: “Why do the stars shine?” 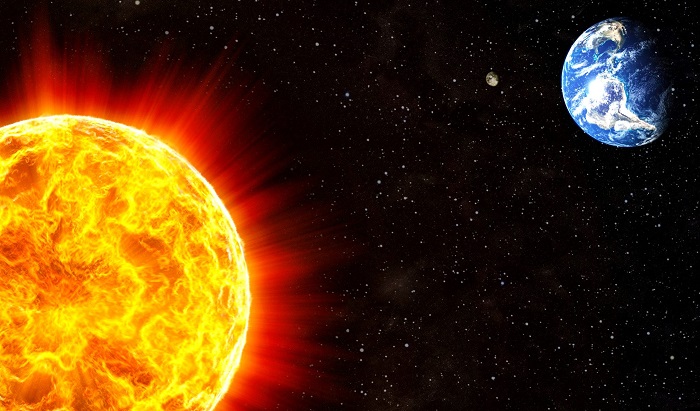 We are accustomed to believe that the stars shine due to thermonuclear reactions. Kozyrev showed that if the Sun were to shine due to a thermonuclear reaction, then it would go out after a few million years and, in addition, the mass of the Sun would decrease significantly over time. In reality, neither one nor the other happens: the Sun has already been shining for many billions of years, and the mass of this star does not decrease significantly. According to Kozyrev, the Sun is not at all a thermonuclear stove that burns itself. The Sun, due to its rotation, captures the energy of Time from the surrounding space. Part of the captured energy is radiated by the Sun as light and heat, and the other part is radiated as the life-giving energy of Time.

Discovery history. Everything ingenious is extremely simple! Kozyrev designed a device that is nothing more than a sensitive weather vane. Yes, the same weather vane for determining the direction of the wind, which we often see on the roofs of houses. One shoulder of this weather vane is made with a very large windage, the other, on the contrary, is heavy with a small windage. The weather vane is balanced on the tip of a needle and placed in a vacuum under an airtight cap. The result was an extremely sensitive weather vane, isolated from the influence of air currents. The device showed: our world is replete with flows of something unknown. The device reacts to all living things. A dying cut flower radiates a stream, a growing one absorbs. When a person laughs, the streams go towards him. When a person is sad, streams come from him. If a child enters the room, then the flow most often goes to him. Kozyrev put his device into the focus of the telescope and began to study the Cosmos. The distance to the brightest star in the constellation Sirius is eight and a half light years. This means that the light reaches us with a delay of eight and a half years. Kozyrev pointed the telescope with the device to the point where this star should be right now and his device recorded the signal. This means that this signal propagates instantly!

If Time has a direction, then one should look for its manifestation in those phenomena that also have a direction. After all, it is impossible to equate kg to meters (dimensionality theory). The simplest such phenomenon is rotation. The vector of rotational motion is directed perpendicular to the plane of rotation.

Nikolai Kozyrev began to investigate the influence of rotation on the physical parameters of bodies. Weighing the spinning tops, he found that their mass varies depending on the speed of rotation. These mass changes turned out to be small for any practical use on the scale of human practice. However, if we take a huge rotating body with a colossal mass, such as our Sun, then the increase in its energy due to rotation is quite enough to compensate for the loss of the Sun’s energy for all types of radiation. Thus, the Sun is a wonderful converter of the energy of Time, taken from the surrounding space, into heat, light, and life-giving and mysterious energy of Time.

Another remarkable discovery of Kozyrev was the scientific refutation of the hypothesis of the inevitable heat death of the Universe. This hypothesis, based on the application of the second law of thermodynamics to our Universe, states: all physical processes go towards the destruction of potentials, towards the achievement of equilibrium chaos, towards the establishment of equilibrium temperature (thermal death). Chaos arises out of order by itself, temperature equalizes by itself. Science is not aware of powerful inverse processes of ordering chaos, increasing the difference in temperatures and potentials, capable of balancing almost all interactions known to physics. The Energy of Time, according to N. Kozyrev, passing through objects changes their internal structure to a more ordered one. This is clearly manifested, for example, in the growth of all plants, which acquire a very complex ordered structure under the influence of solar radiation.

What struck me personally was the explanation of the spring-autumn phenomenon. Where does our energy come from in the spring when we are exhausted by the lack of fresh vegetables and fruits? Why don’t we feel such a surge of strength in autumn, when so many beautiful fruits are ripe? The reason is hidden in the water, namely in the process of transition of water to snow and back. When water crystals lose their highly ordered structure and become water, the energy of Time is released from them. Therefore, in the spring, the energy of Time fills the entire space, causing an incomparable spring surge of strength. The reverse process takes place in autumn: water, becoming highly ordered ice crystals, takes and accumulates the energy of Time from space. That is why in autumn we do not feel a surge of strength, despite the abundance of fresh vegetables and fruits.

A natural question arose before N. Kozyrev: “Is it possible to influence the energy flows of Time, just as we learned to control light radiation with the help of lenses and mirrors?” According to his research, optical technology is unsuitable here, opaque screens practically do not affect the flow of time. However, special mirrors with an aluminum layer are capable of reflecting a significant part of the flows of Time. This allows you to concentrate the energy of Time and study its influence on various physical objects.

We are, of course, interested in the impact of the energy of Time on a person. From the experiments of N. Kozyrev it follows that the energy of time fills us with strength when we rejoice, and vice versa, we feel an instant breakdown of strength when we get upset and lose this energy. “Mirrors of Kozyrev” are a kind of traps for the energy of Time. What does a person feel inside the chamber made of mirrors by N. Kozyrev? In the public domain on the Internet, I did not find data on any serious systematic scientific research. The fragmentary information available shows that there is an impact. It leads to an increase in the subject’s psychic abilities and allows him to see fragments from the past and the future.

If we tried to measure the energy of Love, what would we do? Most simply, we would change the person’s emotional state and try to detect any flows of something from or to him. This is exactly what N. Kozyrev did!

N. Kozyrev for the first time made direct quantitative measurements of the power of Love energy flows. True, he called them the energy flows of Time. To call them Love energy flows at that time meant to become a complete pariah in the scientific community! After all, even the greatest recognized authority in science, A. Einstein, could not find anyone with whom he could constructively discuss his greatest discovery about the primary role of the energy of Love in the Universe. A. Einstein wrote about this in a famous letter to his daughter.