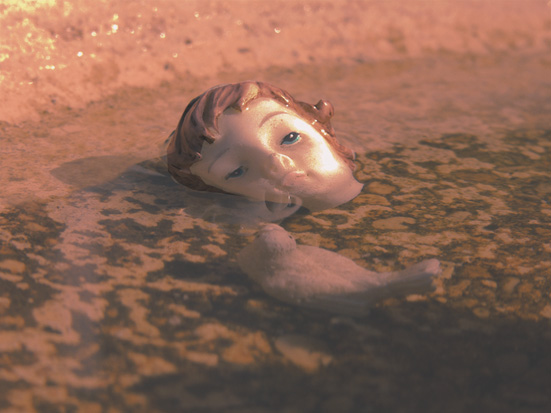 IN THE MANIFESTED REALITY.
There is no end of the blue ocean. Everywhere is a dangerous abyss. The life filled by dangerous events rages.
Plateau of pure gold rises from the ocean depths. The priceless treasure begins to manifest itself from the inner plane through obstacles, adversities, and dangers.
Dangerous waves will polish gold so much, that it will illuminate the whole world! A beautiful treasure will manifest and shine through dangerous trials.
It is the gift of Heaven! This is a gift from Heaven, a gift from God!

IN THE SUBTLE WORLD vibration is similar, which doubles the strength of what is happening.
The flame flared up to heaven, illuminating everything around. Passions rage, emotions boil. All attention is captured by events (the clinging). There comes a full light-giving, clarity.
The fire awakened a beautiful underground lake with gold bars on the bottom. Passions will produce a specific solution containing a valuable treasure.
Water will extinguish the fire and turn into the steam. Gold ingots will be displayed from under Earth. A joyful foreboding will put out the fire of passion. The clarity of what is happening will be completely lost. It’s completely unclear why it all happened, why it happened to me? Steady communications (clinging of fire) will also be destroyed. Valuable gold bars, hidden in the depths of the subconscious, will manifest and bring joy.
Their marvelous light will illuminate the world. As a result of serious and unexpected tests, a person will begin to radiate into the world beautiful higher vibrations!

COMMON INTERPRETATION OF THE HEXAGRAM №5

In the manifested reality, a plateau made of gold will sparkle so bright and pure only because it is well washed in large water, only due to serious obstacles, adversities, and problems. Thus, Her Majesty KARMA cleanses all unnecessary, alluvial, leaving only pure gold, only the pure radiance of love, as a gift of God. In the subtle world, the unshakable ties will be shaken, the clarity of what is happening will be completely lost. It always happens, when Karma steps onstage, inexplicable, not subordinated to the logic of current life play. Her Majesty Karma writes her completely incomprehensible scenarios. It can not be explained, it is useless to struggle with it. You just have to accept everything and wait until the situation is resolved. Until hidden gold with redoubled force (in the outer world and the subconscious) will begin to shine through disasters, passions and obstacles.
It is favorable for everyone to accept passively and lovingly, without losing faith in the happy outcome of events, which is sure to happen here. Any actions to combat external problems are likely to only exacerbate them.

Disasters seem to have covered the sky forever,
but here comes the sun to illuminate the beauty around.
How clear and blue the skies are now!

Karmic problems are distortions of one’s soul due to the wrongs done in the current or previous lives and manifested as unharmonious and conflicting reactions to the flow of developments.

Hexagram 5 corresponds to the Muladhara chakra